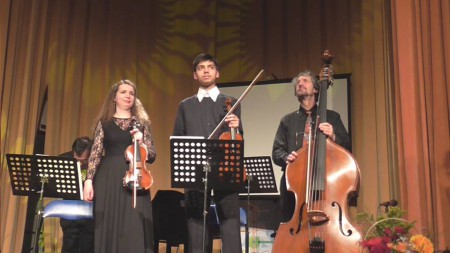 The ensemble made its debut in December 2008 with the first audition in Romania of Gloria in Excelsis Deo by G. Fr. Händel. The term Sangit means „music” in Sanskrit language. Albeit most of the people can’t imagine a relation between European chamber music and Indian spirituality, there is, actually, a very strong one: music is inspired by Spirit (Atma in Sanskrit), and the Spirit has a universal dimension. Sangit Chamber Ensemble is practicing the musical art not only for its aesthetic value, but, first of all, for the spiritual one. The repertoire consisted, initially, by classical and early music works, but due to the knowledge and experience that the soloists have in Indian classical music, the concerts include now also this ancient art. www.facebook.com/Sangit.Chamber.Ensemble

The ensemble is not playing music for an aesthetic purpose, but for its spiritual goal: obtaining Self Realization through Sahaja Yoga method created by Shri Mataji Nirmala Devi and experimenting the vibrations of music. 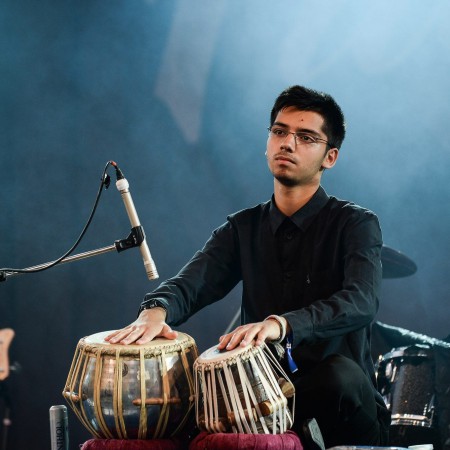 Avadhut Kasinadhuni is a tabla performer who, despite his very young age, acquired a very good musical level. He started to study tabla in New Delhi with Maestro Kamal Kant. He is currently studying in Bucharest violin and piano and also continues the tabla classes in New Delhi

nirmal-art.ro asociatia.nirmal.art@gmail.com
© 2015 Toate drepturile rezervate.
Creați un site gratuitWebnode
This website was built with Webnode
You can also have an impressive website for free!
Try it out